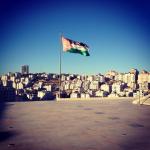 The Israeli navy on Wednesday arrested five Palestinian fishermen while sailing offshore the coast of Khan Younes, in southern Gaza Strip, according to local sources.

Israeli army on Wednesday arrested at least eight Palestinians during predawn search and arrest operations in multiple towns in the West Bank, according to local and security sources.

Israeli army on Tuesday notified local residents of Um Salmouna, a village located to the south of Bethlehem, to stop the construction of four houses, according to local sources.